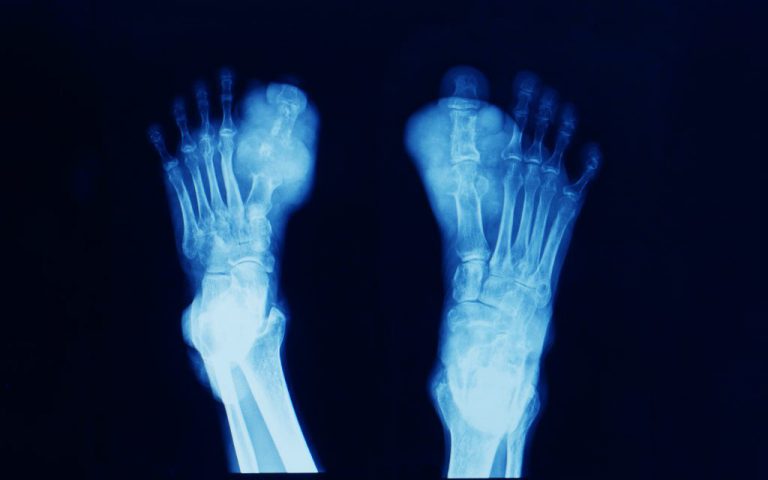 In Spain some 800,000 people currently suffer from gout, according to estimates by the Spanish Society of Rheumatology. In other words, this health issue affects 2.5% of the adult population. These numbers are even more significant if we take into account that gout increases by 30% the probability of dying for any other reason, and up to 40% of dying from cardiovascular causes. But how can one prevent gout?

Gout is a metabolic pathology that occurs due to the increase of uric acid in the blood stream. Uric acid crystals form in the joints, which causes swelling. Gout causes pain, stiffness and even a temperature increase in the joint area. It also has a tendency of affecting the first joint in the foot.

A little bit of history

Nevertheless, the number of cases has decreased over time due to several factors:

Gout has a hereditary component, but it is not known exactly what causes it. It is more frequent among men over the age of 40 and people who suffer from:

It is important to know that gout can occur after taking drugs that interfere with the elimination of uric acid from the body, or hydrochlorothiazide and diuretics, as they can produce higher levels of uric acid in the blood.

The tips for preventing gout are clear and simple:

Gout is a disease that can be cured. This is achieved by normalising the levels of uric acid in the bloodstream so that the crystals gradually dissolve.

It is vitally important that the symptoms subside in order to avoid even more severe damage and consequent chronic deterioration of the joints. With this in mind, an accurate diagnoses and early treatment is very desirable, as it will make it easier to control the disease.